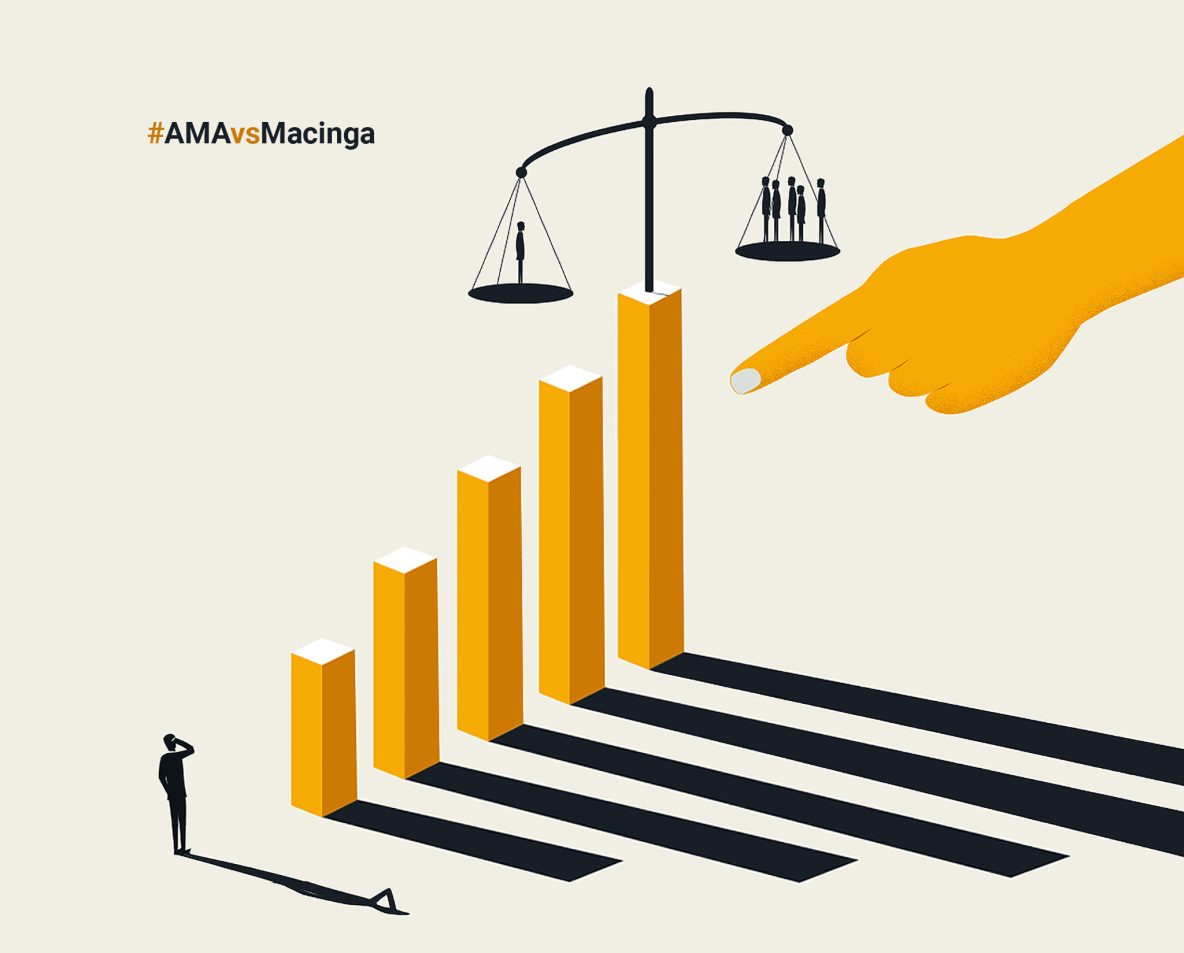 The second hearing took place on October 21, 2021 at the District Court Bratislava II.

In the case of the
Claimant: Association of Media Agencies (AMA)
against the Defendant: 1. Pavol Mačinga, 2. Macinga.com, Ltd.
for an action for protection against unauthorized interference with the good repute of a legal person

Three witnesses of the Claimant attended a hearing on October 21, 2021.

All three of the Claimant’s witnesses agreed that the AMA had not voted in the PMT to change the guests‘ methodology. I consider this to be the only common consistent statement between each other, as witnesses, and with the evidence already presented. In everything else, they either disagreed with each other or with the evidence already presented. Or their answers were vague with the argument „I don’t remember exactly.“

The witness, Mr. Zelenay, AMA and Fatika, PMT state that in PMT they do not have a say in the commercial policy of television, but the evidence presented in advance shows that the change of the base currency was also explicitly voted on … AMA was not against the change/methodology itself, but had reservations about the technical details of the change in methodology. Witness Zivica, AMA, explicitly stated that „television translates every change in practice“ as the reason for not voting.

At the crucial date when the methodology was revised, everyone put up a smokescreen… not to remember the date of the methodology change at the court hearing on the given topic? Basically, the content of the article is a key moment. It is also a key date for television clients. It set the actual date of validity, unless otherwise agreed with the media agency.

Not a single witness provided evidence (testified) that the statements „Slovak TV clients were deceived“ and „Media and TV agencies deceived the clients – they secretly changed the methodology in audience measurement from January 1, 2017, thus artificially increasing the invoiced GRPs by 4%“ were untrue.

No witness identified any part of the statement as classified and/or otherwise protected.

Witness Ms Zelenay goes on to state falsely that: „the primary and only effort was for the author to correct the challenged articles.“ It follows from the appeal from July 17, 2017, as well as from the complaint itself, that the Defendant was and is interested exclusively in the removal of articles and furthermore refraining from statements in them and apologizing. I have not noticed any attempt to correct the contested articles to this date. I do not consider deleting articles as a correction of articles.

The current, as well as then PMT manager, witness Mr Fatika, claims that the contested article did not directly concern PMT. In my view, the article is about PMT. On PMT decisions.

Mr Fatika states that the change in methodology is initiated by the methodological commission. Members of the commission, which also includes representatives of media agencies.

It is necessary to add to the claim that „I have no relationship“ with the defendant in the second row (Macinga.com, s.r.o) that this applies exclusively to the present, when witness Zivica no longer works for a media agency, a member of AMA (and similarly the Czech equivalent of ASMEA). Witness Zivica was in a relationship with the defendant in the 2nd row for more than 5 years before the publication of the disputed article and several years after its publication. The defendant in the second row was a business partner of clients of media agencies, which the witness managed/represented. Among the publicly available information that is not subject to trade secrets, it is, for example, Ceska sporitelna in the Czech Republic and Home Credit in Slovakia. Another group of clients falls under the confidentiality agreements. Even during the incriminated period of change in the guest’s methodology and the entire period subsequently until the lawsuit itself is filed. Details are subject to confidentiality agreements.

Mr Zivica stated why AMA did not support the change in the metric: “televisions implement every change in practice, which ultimately affects prices, so the applicant took the view that guests should not be part of the metric in such circumstances.” He further states that the change in methodology in the Czech Republic was not accompanied by any scandals. It is possible since the change to the methodology for guests in the Czech Republic was already introduced on April 29, 2002.

At the same time, witness Zivica confirmed to us on behalf of AMA that the important moment is the publication of TV advertising price lists at the turn of September-October, and then there is room until January to reach individual agreements. It means that the majority of clients should have agreed on the conditions for 2017 even before the results of the voting with the retroactive validity of the guest methodology (January 1, 2017) was announced internally (January 16, 2017). And it is this retroactive procedure – the publication of price lists 3 months before the change of the main currency that is the main stumbling block. The primary issue I criticize.

Annex No. 14 to the motion for initiating proceedings … mail from PMT  Vladimír Fatika from January 16, 2017 to PMT members:
Article 2 …. „approved – guest demographics and currency change o the market from January 1, 2017“

In the statement of Mr Fatika has repeatedly stated that PMT has nothing to do with the currency in the market.

Attachment No. 13 mail AMA, Daniel Živica from 10.1.20217 to PMT members and AMA members:
Among other things, in point 2: … if guests are to be widely accepted as a „currency“ in the case of the sale of space to the contracting authorities / agencies …

Annex No. 12 – an email from PMT/Vladimir Fatika from December 21, 2017 to PMT members:
Article 2 … „“ at the same time it is necessary to change the market currency from January 1, 2017 (now it is Live + Vosdal „to Live + Vosdal + Guests)
Furthermore … „the model has been approved by the methodological committee“

Annex No 9 to the initiation of the procedure contains the definition of the Slovak dictionary for the noun „cheat/deception/fraud“.

The claimant/AMA based its argument on undue criticism on the definition of the noun ‚cheat/deception/fraud‘ from the dictionary.

There is no noun CHEAT in the article in question.

The article uses the verb DECEIVE, which is a fundamental difference.

The applicant replaced the verb DECEIVE with the unused noun CHEAT.

This does not rule out the possibility that, from the court’s point of view, certain practices of the plaintiff/AMA members could be legally classified as fraud – a criminal offence involving the perpetrator misleading someone and thereby damaging their property. However, this is purely a matter between a particular client of AMA member and an AMA member.

English dictionaries are more detailed, I provide a definition of the verb Deceive, according to Merriam Webster and Cambridge.

1 : to cause to accept as true or valid what is false or invalid

deceiving customers about the condition of the cars

bluffing at poker in order to deceive the other players

to persuade someone that something false is the truth, or to keep the truth hidden from someone for your own advantage:

The company deceived customers by selling old computers as new ones.

The sound of the door closing deceived me into thinking they had gone out.

If you have any questions or suggestions, please email me at pavol@macinga.com